By David Wise and Austin Palmer  ⋅  Mar 18, 2020
Our Editors independently research, test, and rate the best products. We only make money if you purchase a product through our links, and we never accept free products from manufacturers. Learn more
54
OVERALL
SCORE

Earning one of the worst scores overall, it's easy to see why the Lintelek ID115HR failed to earn an award. This very bare-bones model doesn't have a very impressive set of features when it comes to tracking overall health and fitness stats, scoring average at best in those evaluation metrics. It's not the most ergonomic or stylish and has an overall lackluster display that can be hard to read outdoors. However, its simplistic nature does make it fairly intuitive and easy to use, as there aren't a whole lot of menus and settings to get lost in.

Our Analysis and Test Results

The Lintelek ID115HR may be far from the best fitness tracker you can get but it does at least retail at a fraction of the cost of the top models. It's available in a decent amount of colors and would actually do a decent job if you are shopping for a new tracker and hoping to spend as little as possible — as long as your expectations are suitably tempered.

The Lintelek is fairly run-of-the-mill when it comes to looks for fitness trackers.

The main thing that we liked about the Lintelek ID115HR is how user-friendly and easy to use it is. It was in our Ease of Use metric where this tracker received its only above-average score, based on its battery life, time to sync data with its companion app, the interface of its app, its level of water-resistance, ease of putting it on or taking it off, and the layout and ease of navigation of all the different menus on the device.

The Lintelek ID115HR is one of the easier wearables to put on or take off, with a watch-style band that has a nice stiffness to it. This tracker is listed as being rated to IP67, so good for up to 1 meter of water for 30 minutes but the manufacturer states that it can't be used for swimming, though wearing it in the shower is alright.

The Lintelek uses a traditional clasp, making it fairly easy to remove or put on.

It has a claimed battery life of five days with the heart rate monitor on or 6 days with it off. We did like that the charger is essentially built right into this tracker, as you can plug it right into a USB port to recharge once you take the band off.

The built-in USB charger can be very handy.

The mobile app is very straightforward and simple to navigate, with a home page showing you an overview of your activities, sleep, and heart rate. You also have the option to go into further pages with more details, as well as adjust some basic settings.

You can adjust settings and see your tracking history through the companion app for this product.

The menus on the tracker itself are equally easy to scroll through, tapping to cycle through to the next option and long pressing to select it. The touchscreen is fairly responsive, though you do need to be fairly deliberate with your taps. You do need to cycle through all the menus if you accidentally miss your desired option, as there is no back button. We also never really had any issues with data from the Lintelek ID115HR getting sent to your phone, with the whole transfer usually taking less than 10 seconds, and this tracker can display most of the push notifications that you get on your phone.

The Lintelek is mainly easy to use due to its simplicity.

In addition to its solid showing when it comes to ease of use, we did find a few other noteworthy things about this tracker. It has an alert you can set to remind you to take a break and move around if it detects you have been sedentary for a custom amount of time between 15 and 180 minutes. We also liked that you can set multiple silent alarms with different notes to remind you of what the alarm was set for and it vibrates at different rates depending on the setting. The waking up alarm was usually strong enough to wake most people in our experience, as well.

We weren't overly impressed with the tracking abilities of the Lintelek when it came to cycling.

Unfortunately, the Lintelek ID115HR delivered a lackluster performance in our Fitness Tracking, Health Impact, and Ergonomics metrics. Its companion app doesn't have the most expansive set of features, limited to just showing you leaderboards of the day and basic data from your activities. It's step count results were only about average in accuracy, with an error of around 200 steps in each of our tests, and lost connection with our phone during a cycling workout.

It gives limited options when it comes to tracking other activities and doesn't keep count of the number of stairs that you climb throughout the day. The heart rate monitor varied from our control chest strap by quite a bit in our tests, even showing a difference of over 49 bpm at one point. It doesn't give much in the way of dieting options and didn't have anything particularly standout when it came to sleep tracking. The Lintelek ID115HR is pretty standard when it comes to looks and doesn't have the easiest to read screen when it's bright outside.

The Lintelek ID115HR isn't particularly expensive but did earn one of the lowest scores of the group, so it's not really a bargain option — more of a get what you pay for product.

The Lintelek ID115HR is a simple fitness tracker that is far from the best but doesn't cost a lot. It earned one of the lowest scores of the entire group but will do basic functions if this model is all your budget allows for.

*You help support TechGearLab's product testing and reviews by purchasing from our retail partners.

*You help support TechGearLab's product testing and reviews by purchasing from our retail partners. 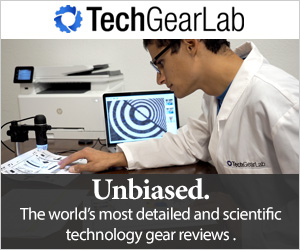 The Best Fitness Trackers of 2020

Searching for the latest and greatest fitness tracker? We...

How to Pick a Fitness Tracker for your Needs